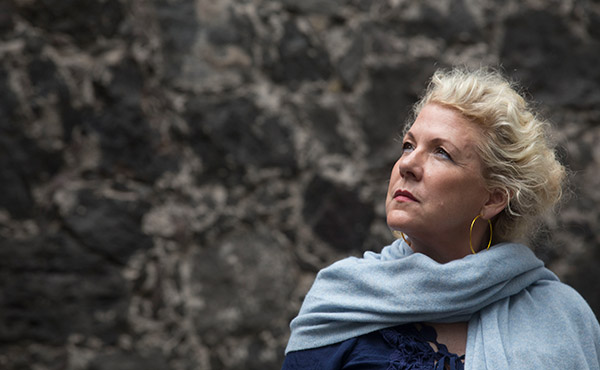 Jennifer Clement, award-winning novelist and Guggenheim Fellow, is Baruch College’s spring 2020 Sidney Harman Writer-in-Residence at the Weissman School of Arts and Sciences. The acclaimed writer is the president of PEN International and the first woman to be elected since the organization was founded almost a century ago. During the semester, Clement will teach a fiction writing workshop, “To No Longer Be Yourself” that draws upon the premise that a writer can imagine anything, an idea inspired by acclaimed French novelist Gustave Flaubert.

“Jennifer Clement is both an enormously talented writer and a fiercely dedicated global activist who embodies the kind of leadership that Baruch students respond to so strongly,” said Professor Esther Allen, director of the Harman Program. “It’s an honor to have her with us as we embark on the crucial year of 2020.”

Clement, whose works have been translated into 30 languages, is the author of four novels: A True Story Based on Lies, The Poison That Fascinates, Prayers for the Stolen, and Gun Love, for which she was awarded a Guggenheim Fellowship. The book was recognized as a New York Times Editor’s Choice, one of Time’s 10 Best Fiction Books of 2018, and named among Library Journal’s Best Books of 2018. Clement also wrote the memoir Widow Basquiat, based on the life of renowned artist Jean-Michel Basquiat. She has, in addition, published four books of poetry, including The Next Stranger, introduced by former U.S. Poet Laureate and Pulitzer Prize-winner, the late W.S. Merwin.

Clement said she wants her spring semester writing workshop to help students “feel confidence and trust in their imagination.” As a teacher, her deepest hope is to “both encourage and always respect a student’s original voice and, in some cases, even help to discover that voice.”

As Harman Writer-in-Residence, Clement joins 42 distinguished writers—including Pulitzer Prize winners, MacArthur Fellows, National Book Awardees, and Poet Laureates—who have participated in the program, endowed by the College’s Weissman School of Arts and Sciences, during the past 20 years.