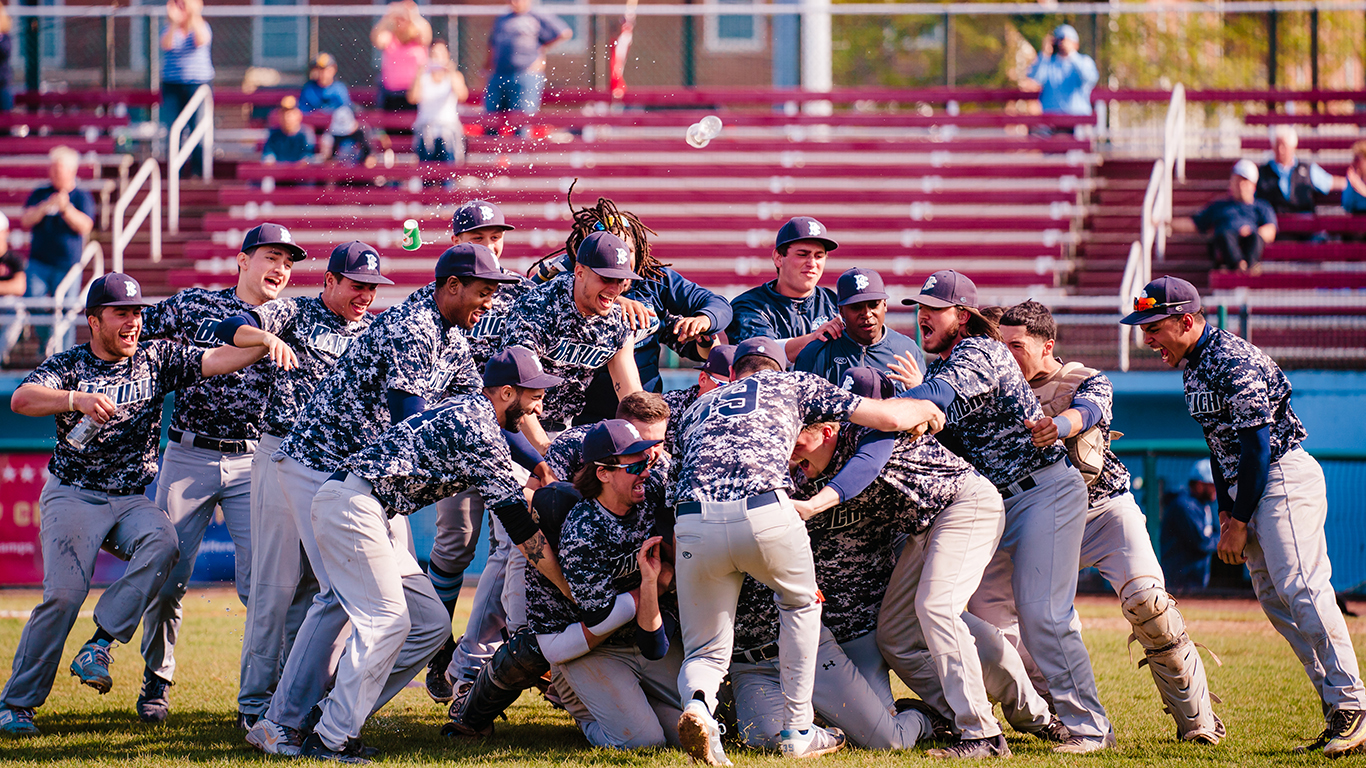 Baruch College student-athletes made history during the 2018-19 seasons with a record-number of teams winning championships and advancing into the NCAA Division III postseason tournaments for the first time.

“We are very proud of all our hardworking student-athletes, coaches and staff for such a terrific season,” said Heather MacCulloch, director of athletics and recreation at Baruch College. “Our teams showed grit and the proud Bearcat spirit every day, whether it be in practice or on the field of competition. We are already looking forward to the 2019-20 season!”

The baseball team won its first CUNYAC Championship since 2012, defeating the College of Staten Island in a three-game series. The victory advanced them to the NAC (North Atlantic Conference) in a quest for the NCAA AQ (Automatic Qualifier) to participate in the NCAA tournament. They defeated Husson University in Bangor, Maine in another three-game series to punch their historic team ticket to their first-ever appearance in the NCAA tournament, which took place at UMass-Boston.

Read more about the team’s CUNYAC championship win here and the clinching game to punch their ticket to the NCAA Division III Tournament here.

For the third time, the men’s basketball team won the CUNYAC Championship. Forward Benjamin Boateng (’20) connected on the winning shot with 0.2 seconds left in the game against the College of Staten Island to dramatically win the title and go on to play in the first round of the NCAA Tournament.

WATCH VIDEO: Relive the exciting winning play here that grabbed the attention of The Washington Post and Vox Media.

In the spring, men's tennis won its third straight CUNYAC Championship, defeating the College of Staten Island 5-2. They went on to play in the NCAA Tournament. Abinhav Srivastava (’22) was voted the CUNYAC Rookie of the Year, and Gregory Wyzykowski was voted Coach of the Year.

The men’s soccer team defeated the College of Staten Island to win its first CUNYAC Championship since 2014. They advanced to the first round of the NCAA Men’s Soccer Tournament.

Read and watch the team’s dramatic come from behind championship victory in penalty kicks here.

More information about both team’s successful season is available here.

For the first time since 2015, the men's volleyball team won the CUNYAC Championship defeating Hunter College in five exciting sets. They also played in the first round of the NCAA Tournament at Endicott College.