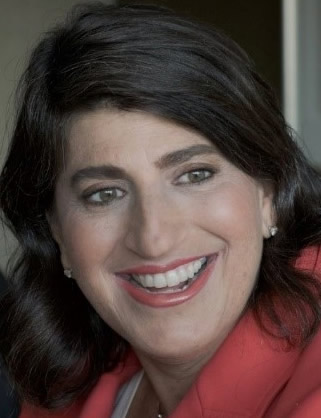 Crain’s has named Baruch College alumna Lara Abrash to its “Notable Women in Accounting & Consulting” list for 2019. Abrash received her Master of Business Administration in Accountancy from the Zicklin School of Business.

Inclusion in the Crain’s list is a “celebration of women executives working in accounting and consulting who have impacted New York City in major ways,” and being selected for this list “honors their professional, civic and philanthropic achievements.” A profile of Abrash, along with the other “Notable Women in Accounting & Consulting,” is featured in a special issue of Crain’s New York Business published on September 23.

“We’re very proud that one of our alumnae has received this honor,” said Fenwick Huss, Willem Kooyker Dean of the Zicklin School of Business. “But we’re not surprised,” he added. “Our focus at the Zicklin School is on preparing and empowering our students to lead companies and organizations around the globe.”

During the course of her more than two decades in public accounting, Abrash has held prominent management roles at Deloitte, leading client services on a variety of the organization’s largest and most complex multinational clients.

Abrash is a licensed CPA in New York and New Jersey, and a member of the American Institute of Certified Public Accountants. Abrash was recently accepted the 2019 Women of Power and Influence Award from the National Organization for Women of New York City. She was also honored on behalf of the Baruch College Alumni Association with the 2019 Alumni Business Leadership Award.

Each woman named to the acclaimed “Notable Women in Accounting & Consulting” list needs to work in these functions for a minimum of five years and be employed within New York City’s five boroughs or select surrounding counties. Crain’s bases its selection on the women’s accomplishments in accounting or consulting, their mentorship of others and their involvement in nonprofits and community organizations.