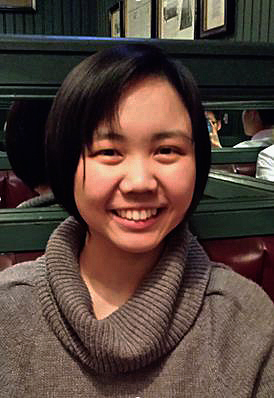 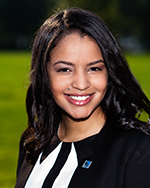 NEW YORK, NY-April 13, 2015 -- Every year the City of New York picks 25 college seniors or recent graduates from around the country to take part in the prestigious NYC Urban Fellows Program. This year, two of those fellows -- Melanie Ho and Anabel Pérez -- will be from Baruch College’s School of Public Affairs.

Ho and Pérez both are seniors pursuing the Bachelor of Science in Public Affairs (BSPA). Ho, from Simsbury, Connecticut, hopes to make her career in New York City. She is particularly interested in sustainable housing, and said the BSPA program “has courses that focus on that, and we get to use New York City as our case study.”

Pérez was born in San Francisco de Macoris, Dominican Republic, and immigrated with her family as a child.Pérez has been an intern in the Capitol Hill office of Congressman Charles Rangel and also spent a semester in the New York State Assembly internship program with Assemblyman Luis Sepulveda. She hopes to go to law school, focusing on immigration law, “and work to fix our broken immigration system.” She said BSPA “is an amazing program -- it prepares you to be a leader and make a long-lasting impact in your community. I feel prepared to go out into the world.”

After participating in an extensive interview process, New York City Urban Fellows are placed at an array of agencies across the City where they learn about public policy through a hands-on approach.

The program seeks to ensure that every Urban Fellow comprehends the intricacies of City, State and Federal finance and the interaction between these levels of government.

During the year, these experiences are further enhanced by a group trip to Washington, D.C. where Fellows meet face-to-face with representatives and policy-makers who help shape life in New York City.

Baruch College is a senior college in the City University of New York (CUNY) with a total enrollment of more than 18,000 students, who represent 164 countries and speak more than 129 languages. Ranked among the top 15% of U.S. colleges and the No. 4 public regional university, Baruch College is regularly recognized as among the most ethnically diverse colleges in the country. As a public institution with a tradition of academic excellence, Baruch College offers accessibility and opportunity for students from every corner of New York City and from around the world. For more about Baruch College, go to http://www.baruch.cuny.edu/.